Wonderful places to visit in the Ricote Valley 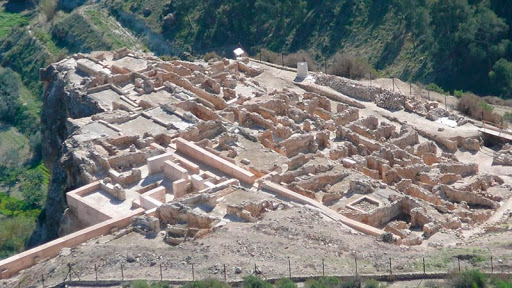 To you traveler who wants to know our Valley, we show you a continuation of a selection of places where you can learn a little about our history, nature and idiosyncrasy. You will undoubtedly be fascinated by the beauty of the area.

The Cerro de la Atalaya is an ideal historical setting to see first hand the footprint of the medieval islam in Cieza. The Islamic town of Medina Siyasa is one of the most important references to discover the daily culture of Al-Ándalus. The Medina Siyasa Museum is an ideal complement for this visit, it includes real-scale reproductions of Islamic homes.

The Segura river is one of the main protagonists of life in the Ricote Valley. The route we propose begins on both banks of the river, where four wooden and / or metal water wheels are located, they all were built in the 19th and 20th centuries, where the adjacent fields and orchards are located. These water wheels raise the water that is obtained from the river so that the crops in the fields are supplied with water continuously. The water Wheel called “la Grande” is the most prominent of the four, currently being the largest operating water wheel in all of Europe.

The Ricote Valley is known for its countless charming places, among all of which we can highlight the town of Blanca. There is the viewpoint of Alto de Bayna. A viewpoint located on a floating metal walkway on the rock of the Bayna area where you can perfectly see the bucolic landscape formed by the mountains that encase the Segura river and the opening of this to turn this Moorish landscape into a beautiful orchard. Here is the Azud de Ojós, a dam of the Segura river to distribute its waters between the channels on the left and right banks. In addition you can enjoy wonderful views of the town of Blanca and its Parque de las Cuevas, Sierra de Ricote and Pilar de la Reina Mora.

In Ricote we find a castle from the Andalusian era located 442 meters high in the Sierra del Salitre, a place where the Ricote Valley is perfectly dominated visually. This defensive element is divided into two well-differentiated spaces: the basil or first enclosure that acts as a refuge for the population and, at the highest point, the castle with the included keep. Mentioned by al-Idrisi in the 12th century as hisn Riqut, it passed into the hands of the Order of Santiago with the Castilian conquest, counting on a commander of that order from 1285 who controlled the entire Ricote Valley from Abarán to the ancient Asnete (Villanueva del Safe).

It is a landscape located between Ulea and Ojós that stands out for its steep slope that ends at the left bank of the Segura river, where the site known as Pileta de la Reina Mora is located. The place is famous for a sad legend in which the daughter of the Commander of the Order of Santiago in Ricote, falling in love with a Christian knight and who lost his life in a battle against the Muslim hosts, threw himself from this point into the river while Christians jubilantly celebrated the recent but tragic victory.

The House of José Ríos Torrecillas, fruit exporter and town mayor, opened on March 19, 1912, passing years later at the hands of the pastor. Four-storey square structure painted pale pink and with white plaster decorations on the windowsills and other points. It stands out for the towers or castles flown at the upper ends and for the two balconies on the main facade. It is speculated that it was the work of the French engineer Gustave Eiffel after his stay in Ulea when he met his owner in Paris and recommended this Archena bath for his rheumatic pain.

7. Church of the Assumption of Villanueva del Río Segura

A neoclassical church built between 1795 and 1882, designed by the architect José Ramón Berenguer, partly following the design of Juan de Villanueva. It has a rectangular plan divided into three naves separated by two rows of Doric columns, an apse of notable depth and a large pediment that give the building great monumentality both inside and on the facade. The whiteness of this structure and its large dimensions make this church a visual reference point from different points in the Ricote Valley.

A spa located next to the Segura river that takes advantage of the thermal waters of this place. Since its waters have been used since ancient times as a place of healing and rest, it will not be until the second half of the 19th century when the baths are confiscated from the Order of Saint John of Jerusalem to pass into the hands of the Viscount of Rías, at which time it acquires its current architectural configuration highlighting the buildings of the Hotel Termas, the Casino del Balneario and the Ermita del Balneario. The Spa came to house facilities of the Archena Soviet Base and School of Tanks and a blood hospital during the Spanish Civil War. 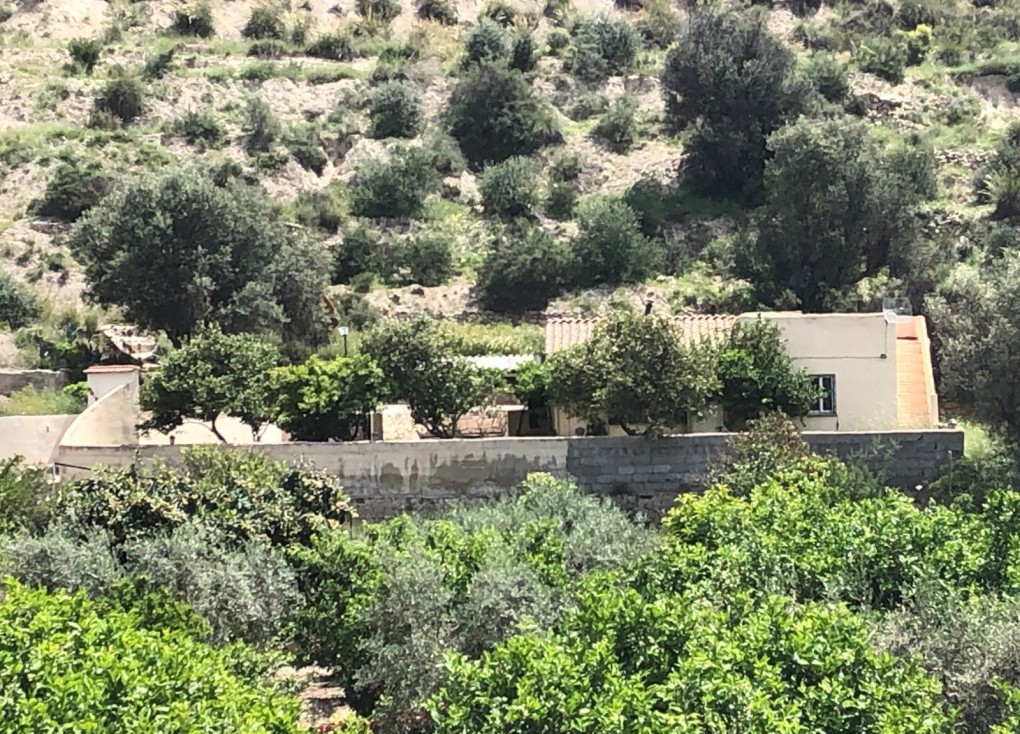 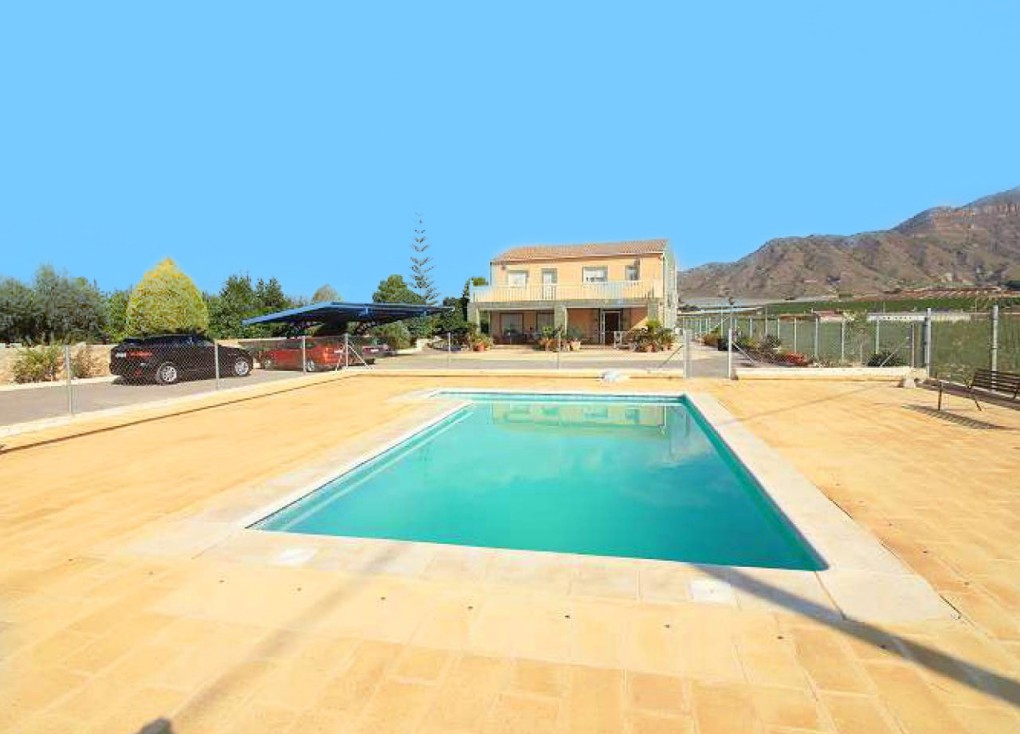 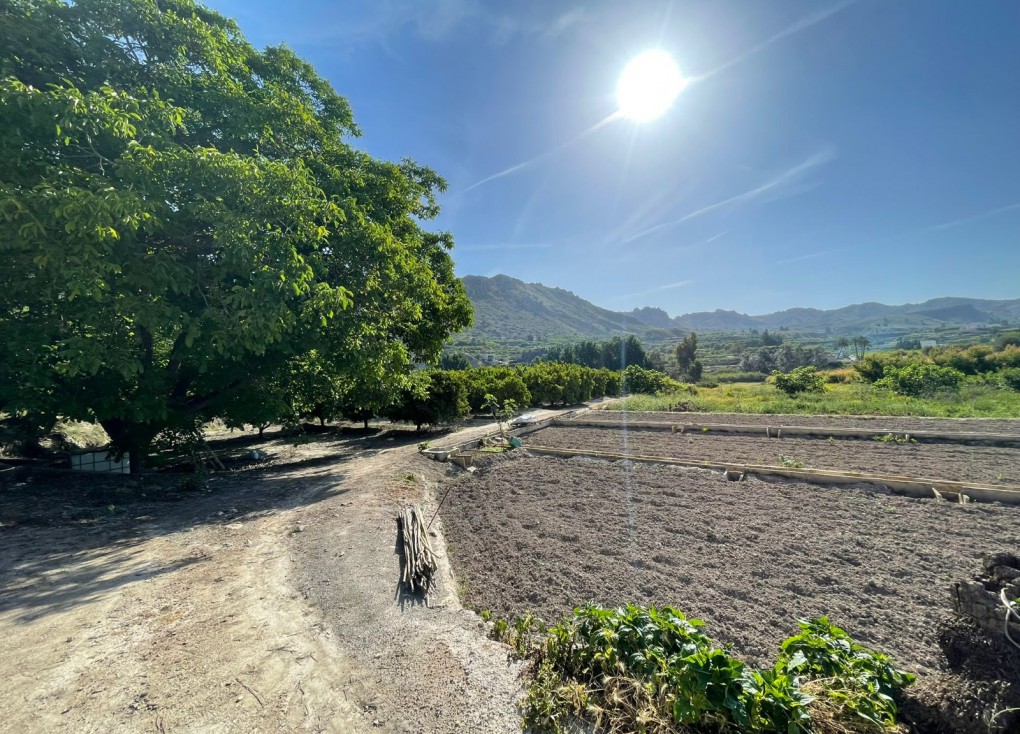 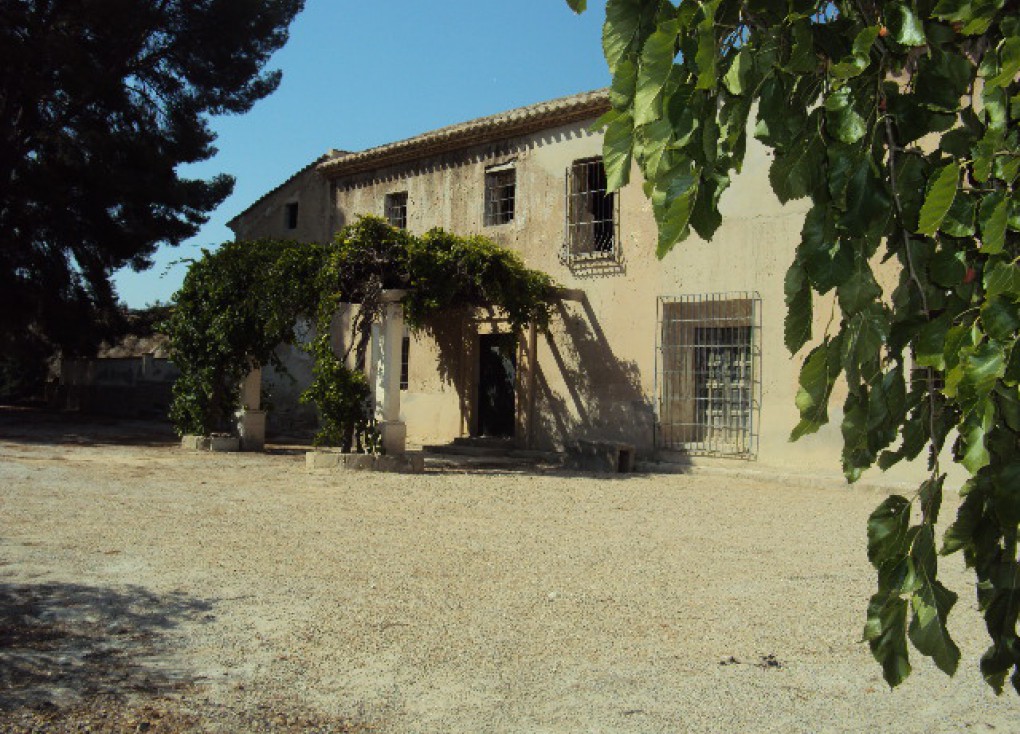 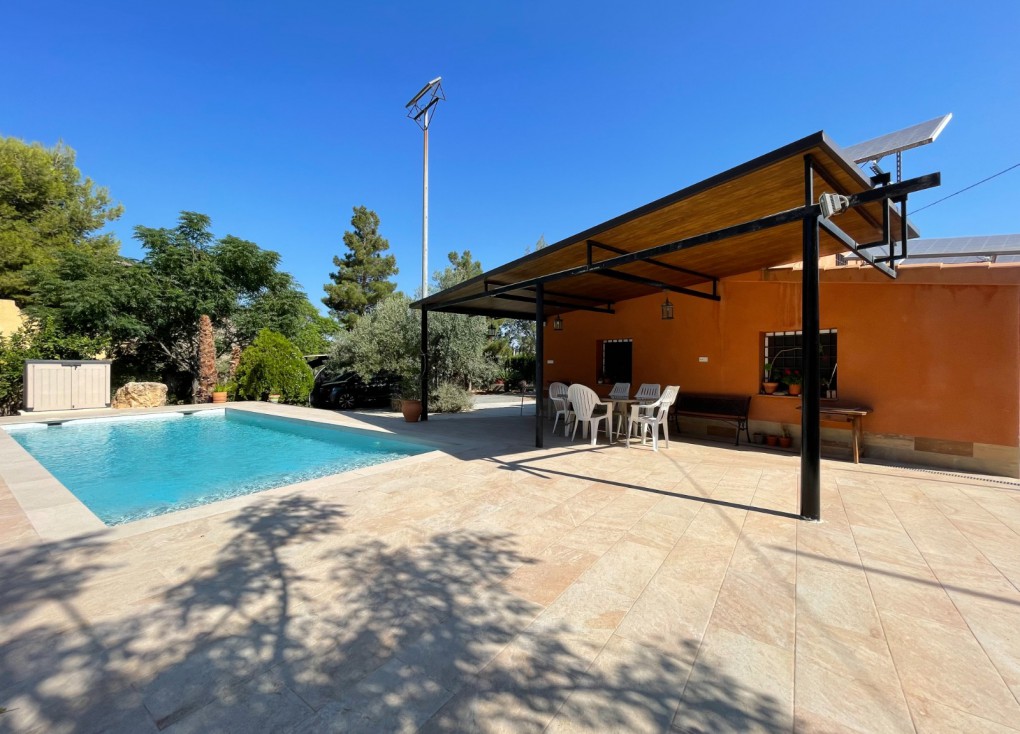 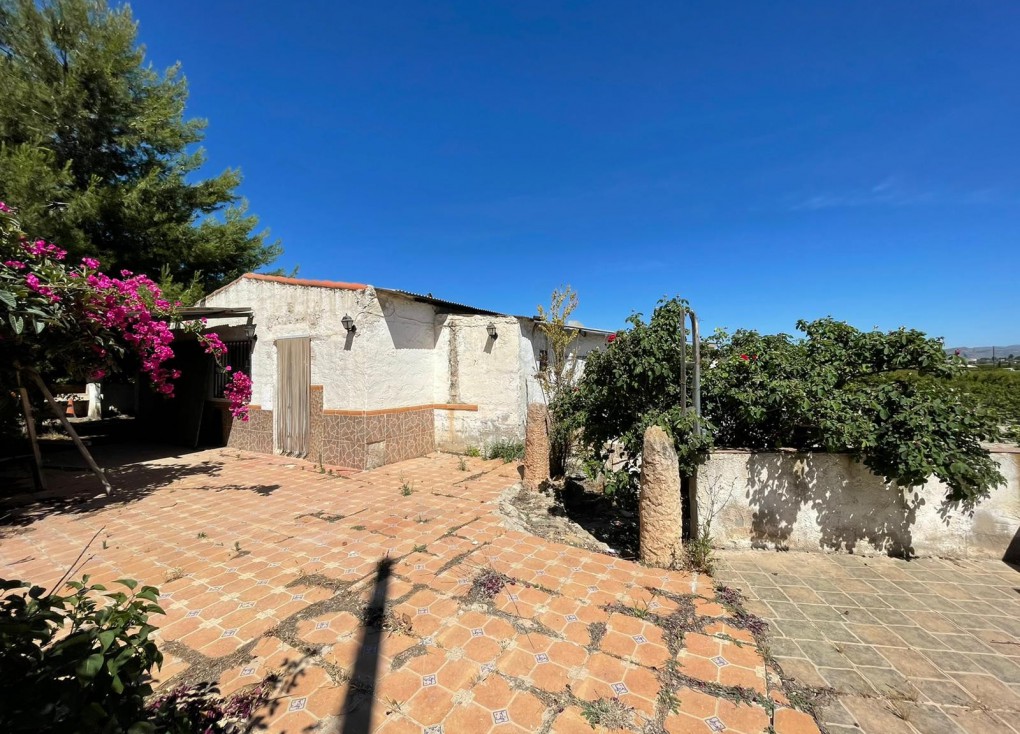 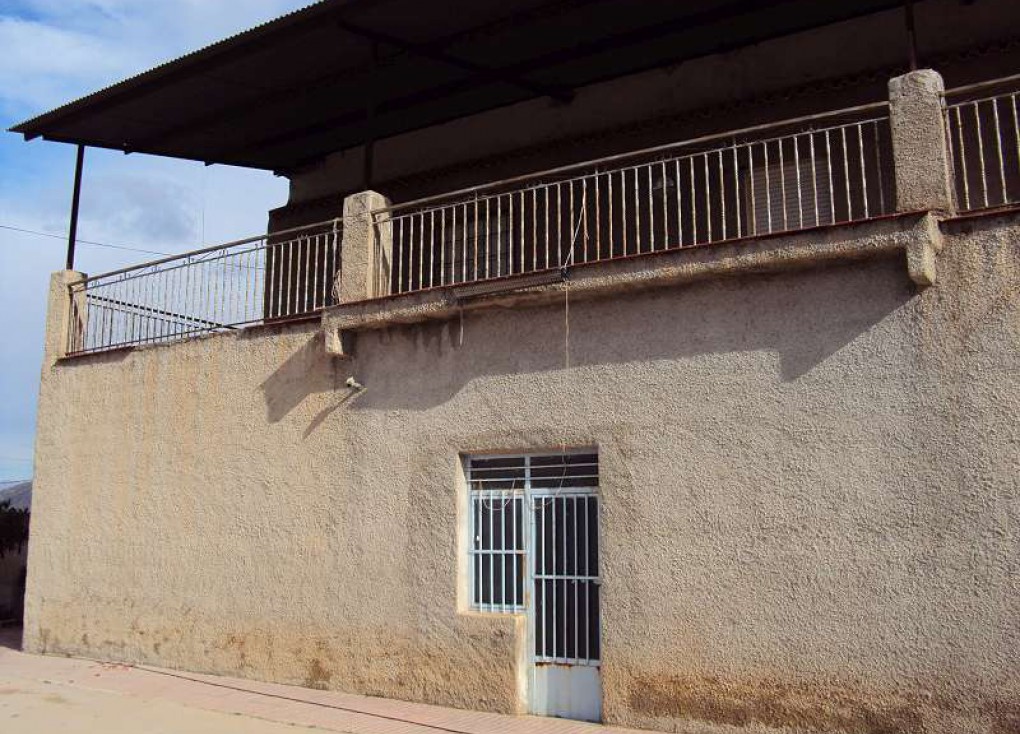 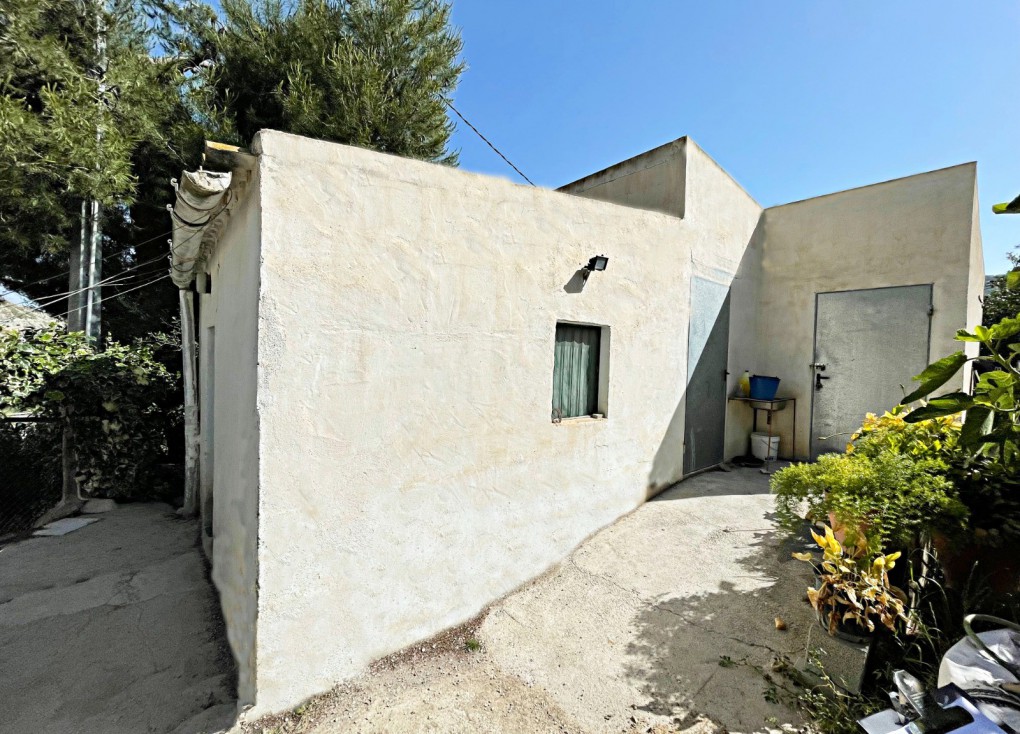 3.300m2
Add to Favorites Remove from favorites
View all properties

Real Homes in Real Spain is the unique technical & legal estate agents started in 2003 intending to offer the best properties for sale in the Ricote Valley, Murcia, Spain.

We are a family run business, a legal limited company and our aim is to also provide a unique on-going personal service to all clients, professional sales of property, supervise and enable reforms, modernisations and complete new building projects in the Ricote Valley.

We are a team of local English speaking professionals in our field and specialize in having local knowledge and experience over 20 years.

Contact us today so that we can start your search for your dream place in the sun or indeed if you are ready to sell your property here in the beautiful Ricote Valley.  We will offer to you the best possible properties, options and support to enable your purchase, sale or building project, all with legal documentation for your peace of mind and security, today, tomorrow and in the future.

The badge of AIPP membership is a reminder to you, the consumer, that a company must follow professional standards and act with honesty, integrity and transparency. When you see that a company is a Member of the AIPP, it means that they have been vetted and approved, and that they have voluntarily agreed to follow and be bound by the industry Code of Conduct.

Big thank you to Álvaro, Tracey, Marina & Alex for finding me my beautiful house in our stunning Ricote Valley, making all the arrangements and continued support in all matters, Jo Wood

Our Service of Solar Systems Installation

Renewable energy for your home now

Reduce mains electric consumption when you need it

Professional management for your electric installation